In January 2004, at еру military gatherings organized by NATO, an Azerbaijani “officer” slaughtered down a sleeping Armenian officer. A brutal murder, executed in cold blood and without hesitate. Sentenced for life killer, Ramil Safarov, however was subsequently transferred to Azerbaijan in 2012.

What was waiting for him at home?

And here is what awaited him: 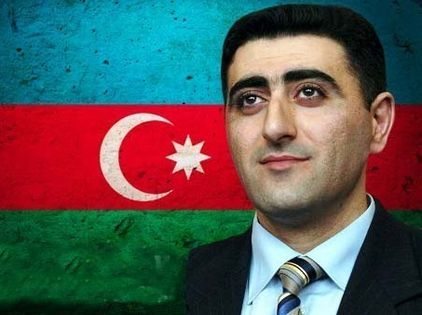 That’s how cold-blooded assassins welcome in Azerbaijan! Is this not not an indicator of the “morality” of the country?

This is my right to pardon the murderer

As the president of the country wrote (Original text of this article is on russian):

So mister president loudly advertised to the entire world, that he will pardon any murderer who committed crime or murdered armenians, no matter where and how! This is exactly what was in January of 1990 in Baku during the week of massacre of armenian population. Looks like he wants to repeat it again!

You return him to us, we will do it right!

Safarov was transferred to Baku on the basis of false promises of the Ministry of Justice of the Republic of Azerbaijan.

August 31, 2012, Ministry of Justice and Jurisdiction of Hungary, published on the website of the Hungarian government a report on the results of negotiations with the Ministry of Justice of Azerbaijan, where the last guarantied, if Safariv returned to Azerbaijan he will continue his imprisonment, imposed by the Hungarian court and by Azerbaijan’s law, murderers like Safarov can only get grant of parole not earlier than 25 years after the commencement of execution of punishment. Based on this, as it followed from the communication, the Hungarian party, based on of the Convention on the Transfer of Sentenced Persons in 1983, considered it possible to allow Safarov’s transfer for further execution of the sentence in his homeland.

It’s amazing how could they act like this. After all, Azerbaijan’s lie was visible to everyone! And in the beginning there was a refusal, I do not know how they could agree, who was bribed, but it is too late to do anything,

I still believe that everyone will be rewarded based on his deeds. And this killer will get a well-deserved punishment!