Unwanted people in Azerbaijan always have Armenian roots. They will be found and it does not matter how well you hide your nationality.

Today Azerbaijani websites have spread information that the owner of AzImport company Rashad Mammadov and its director Azer Askarov were arrested in Baku. A number of Azerbaijani sites have already undertaken an organized campaign against Mammadov for more than a month, and the essence of the matter is that Mammadov is accused of belonging to the Armenian nationality, and moreover – in cooperation with Armenia.

The accusations reach complete absurdity. Allegedly, Mammadov sent money to Armenia and this money was used to buy weapons from which Azerbaijanis were killed.

I am amazed at the ability of the Azerbaijani government to play Armenian card every time they need to do something bad. Just admit that you wanted to replace him with someone from a “high” family. Enough to look for Armenians wherever possible and blame them for all world problems. To paraphrase the famous Professor Preobrazhensky: 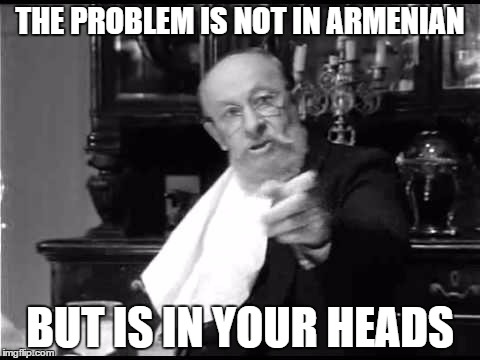