On April 25, the Georgia State Capitol was crowded with members of the Georgia Armenian community, who had gathered for the annual Armenian Genocide commemoration event hosted by the Armenian National Committee (ANC) of Georgia.

Several state and city-level elected officials were present at the ceremony. Through the leadership and efforts of the local ANC, Georgia is one of the leading U.S. states in properly commemorating the Armenian Genocide through annual remembrance events as well as proclamations and resolutions issued by the State Legislature, Atlanta City Council, Members of Congress, and other elected officials. 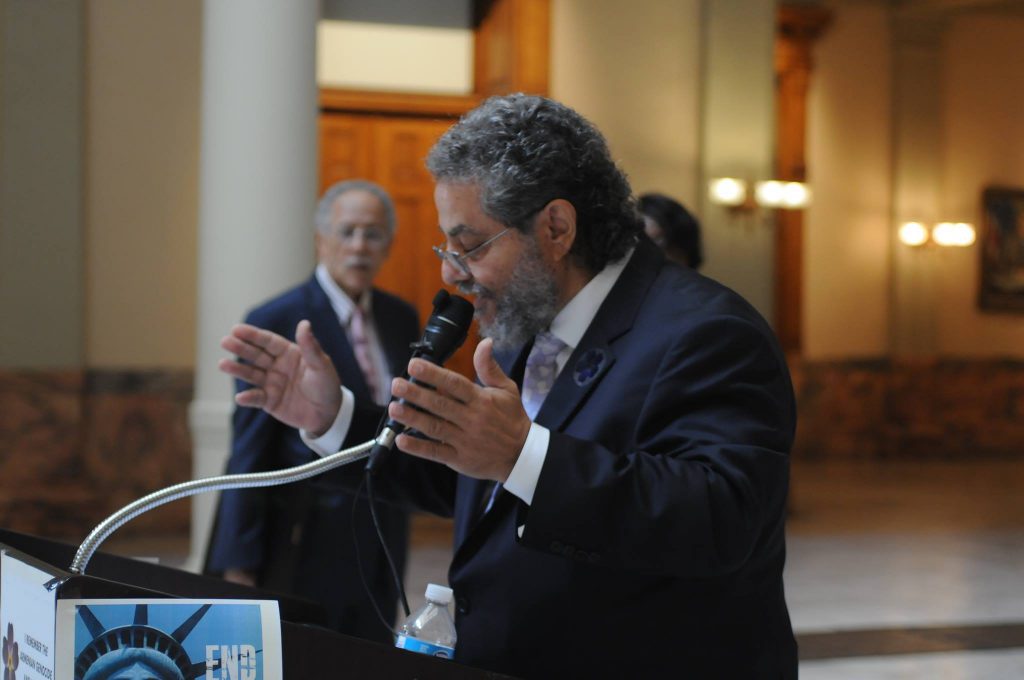 In his opening remarks, Dr. Sarkis Agasarkisian thanked the Georgia public officials for being outspoken on the Armenian Genocide issue despite the gag-rule attempts by Ankara on many countries. He also recounted the history of the atrocities committed against the Armenian and other Christian minorities by the Ottoman Turkish government and the continuous denial by Turkey of its crime. Dr. Agasarskian mentioned that despite three out of every four Armenians being massacred in their ancestral homeland, Turkish government’s plan of complete annihilation of the Armenian nation failed because of several factors, including the strong Christian faith and heritage of the Armenian people. “Despite the possibility of being saved from the Ottoman sword, many Armenian preferred to die as Christian martyrs and that same Christian faith ensured their ability to revive after finding refuge in the Middle East, Europe, USA, and elsewhere,” Dr. Agasarkisian remarked.

Another factor was the unprecedented humanitarian assistance and compassion shown by the American people and relief efforts undertaken by the Congressionally-mandated Near East Relief organization, which saved around 260 thousand of Armenian lives. Speaking of the continuous Turkish denial, he emphasized the importance for Turkey to face its own history—with the Armenian Genocide being the darkest page in that—since otherwise, Turkey does not have a chance of becoming a democratic society and a reliable partner of the U.S. in its global fight against ISIS and other extremist groups in the region, whom Ankara is allegedly now supporting. Dr. Agasarkisian concluded his remarks by reconfirming the commitment and the strong will of Armenians worldwide to continue the march for truth and justice for the Armenian Genocide after 102 years and far beyond.

The speech was followed by a reading of the proclamations issued by the Georgia State legislature and Atlanta City Council, where the state and city authorities were recommitting their strong stance with the Armenian people in their fight for truth and justice for the Armenian Genocide. 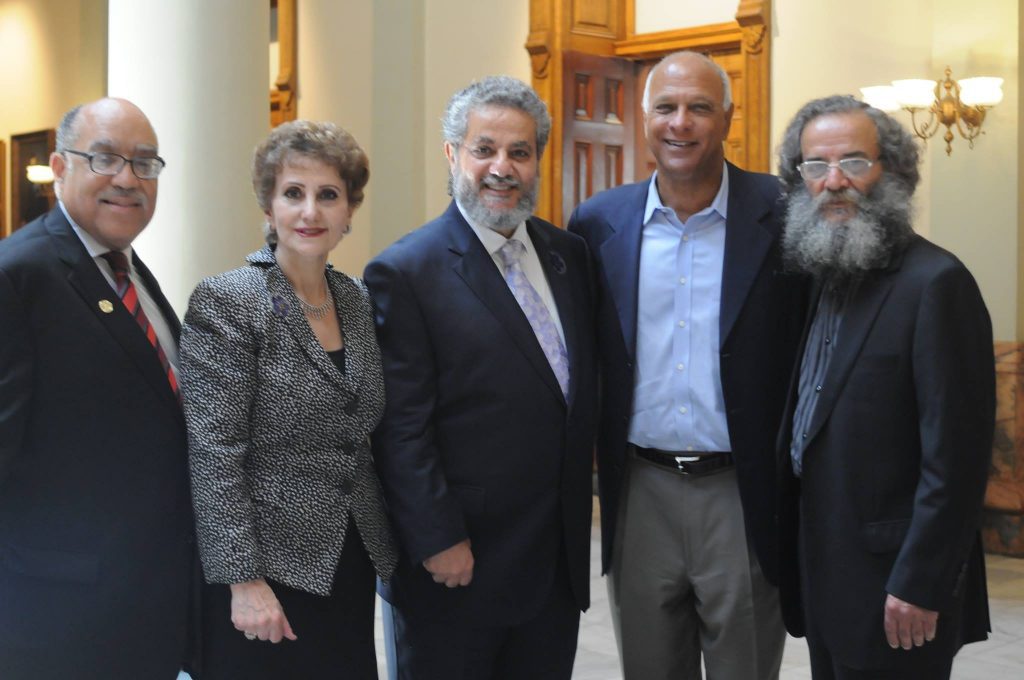 Several state and city-level elected officials were present at the ceremony.

In her remarks, Dr. Juliette Stepanian-Apkarian, professor at Emory University, thanked all the elected officials for joining the remembrance event mentioning that all human and civil rights advocates are there for the Armenian Genocide as it is one of the first human rights issues and its universal recognition and condemnation will highly contribute towards promoting and protecting human rights worldwide.

The event concluded with remarks by Nathan Whatson Musheghian who read the statements issued by the legendary Civil Rights activist and Congressman John Lewis, Atlanta City Mayor Kasim Reed, and Noah Whatson Musheghian. The program ended with a prayer in memory of all the innocent victims of the Armenian Genocide of 1915-1923.