Leaked data shows that the Azerbaijani leadership, accused of serial human rights abuses, systemic corruption and rigging elections, made more than 16,000 covert payments from 2012 to 2014.

Some of this money went to politicians and journalists, as part of an international lobbying operation to deflect criticism of Azerbaijan’s president, Ilham Aliyev, and to promote a positive image of his oil-rich country. There is no suggestion that all the recipients were aware of the original source of the money. It arrived via a disguised route.

But the revelations once again highlight the use of the lightly regulated British corporate landscape to move large sums of money around, beyond the purview of regulators and tax authorities. Seven million pounds was spent in Britain on luxury goods and private school fees.

The cash, contributed by an opaque array of paymasters in Azerbaijan and Russia, travelled to the British companies – all limited partnerships registered at Companies House in London – via the western financial system without raising red flags. One of Europe’s leading banks, Danske, processed the payments via its branch office in Estonia.

The scheme has been nicknamed the Azerbaijani Laundromat. Confidential banking records were leaked to the Danish newspaper Berlingske and shared with the Organized Crime and Corruption Reporting Project (OCCRP), the Guardian, and other media partners. The data covers a 30-month period. It may show the tip of an iceberg.

The leaked bank records show multiple payments to several former members of the Council of Europe’s parliamentary assembly, Pace. One is Eduard Lintner, a German ex-MP and member of the Christian Social Union, the Bavarian sister party to Angela Merkel’s ruling Christian Democrats. Another is the Italian former chair of the centre-right group in Pace, Luca Volontè.

The payments came at a time when Azerbaijan was under fire for arresting human rights activists and journalists, and for holding rigged elections. The regime sought to blunt criticism from Europe and the US by allegedly bribing delegates in what has been called “caviar diplomacy”.

This intensive lobbying operation was so successful that Council of Europe members voted against a 2013 report critical of Azerbaijan.

Lintner stood down as an MP in 2010, but remained a firm supporter of Azerbaijan. He founded the Society for the Promotion of German-Azerbaijani Relations in Berlin, which received €819,500 (£755,000). One €61,000 payment was made two weeks after Lintner returned to Berlin from a trip to Azerbaijanwhere he monitored the country’s 2013 presidential election. He said the poll was up to “German standards” – in direct contrast to official election observers who found “significant problems”.

Lintner says he received the money for his society, did not personally benefit, and was not an MP or Council of Europe member at the time. An Azerbaijani NGO paid for his election trip, he says. He says he has no knowledge of the original source of the payments received. 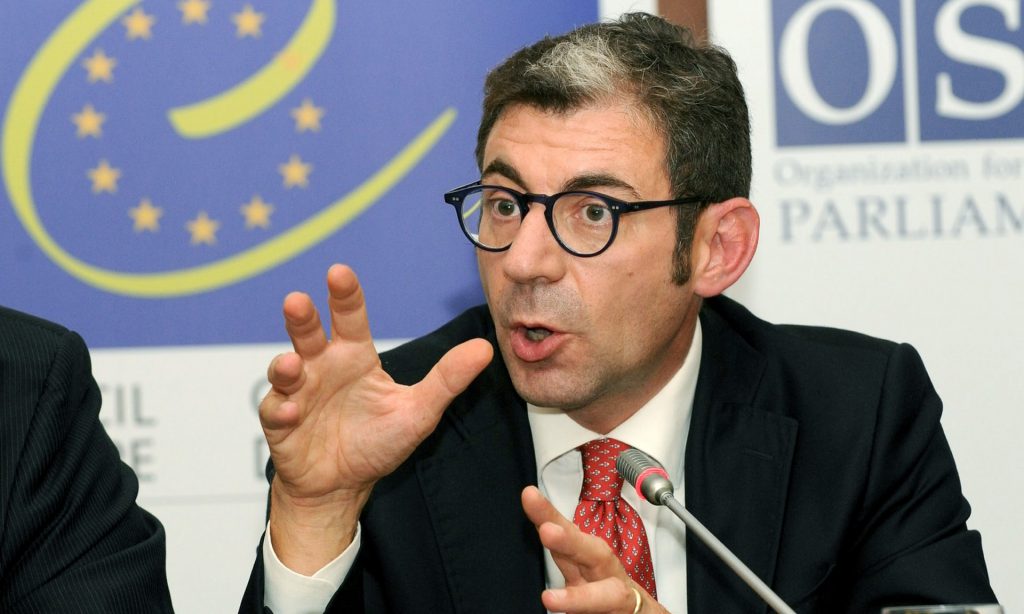 Details of cash given to Volontè emerged in 2016 and caused outrage. He received more than €2m in instalments via his Italian-based Novae Terrae foundation. Prosecutors in Milan have indicted him for money laundering and corruption.

Volontè denies wrongdoing. He is seeking to have the case thrown out.

The data also shows money being paid via the British companies to Kalin Mitrev, a Bulgarian appointed last year to the board of the London-based European Bank for Reconstruction and Development. Mitrev received at least €425,000 for private consulting work from a local Azeri company, Avuar Co. He acknowledges the payments and says they were for legitimate business consultancy. He denies all knowledge of the conduit used to execute them or the original source of the funds.

“All the income, generated by activities in different countries, was duly reported and taxed in my country of residence, Bulgaria,” Mitrev said. His consultancy work stopped when he joined the London bank, he said.

The revelation that her husband consulted for an Azeri company might prove awkward for Mitrev’s wife, Irina Bokova, who is the director general of Unesco. Bokova has bestowed one of Unesco’s highest honours, the Mozart Medal on Azerbaijan’s first lady and vice-president, Mehriban Aliyeva. She also hosted a photo exhibition at Unesco’s headquarters in Paris, entitled Azerbaijan – A Land of Tolerance. The Heydar Aliyev foundation organised the event.

Asked by the Guardian whether there was a conflict between her husband’s work and her UN role, she strongly denied this, saying she had no knowledge of her husband’s business affairs. “As a director general of a UN agency, my duty is to develop sound working relations with all members of the organisation in conformity with the policies set by member states. Azerbaijan is not an exception in this respect.”

“I am immensely proud of my determined pursuit of the mandate of Unesco, including in the area of human rights, freedom of expression and the safety of journalists.”

Large sums from the scheme were spent on lobbying. In 2014 Eckart Sager, a former CNN producer based in London, received nearly €2m from the British companies. His PR company is linked to articles that promote the Azerbaijani government and its views. One piece denies wrongdoing by Baku in the Volontè case. Sager did not comment.

Another beneficiary is a London-based Azeri, Jovdat Guliyev, who received 25 payments totalling almost £400,000. Guliyev is a member of the Anglo-Azerbaijani Society, a lobby group co-chaired by the Liberal Democrat peer Lord German. Guliyev did not respond to repeated messages asking him for a comment.

The four firms at the centre of the Azerbaijani Laundromat were all limited partnerships registered in the UK. They were: Metastar Invest, based at a service address in Birmingham; Hilux Services and Polux Management, set up in Glasgow; and LCM Alliance, from Potters Bar, Hertfordshire. Their corporate “partners” are anonymous tax haven entities based in the British Virgin Islands, Seychelles and Belize. 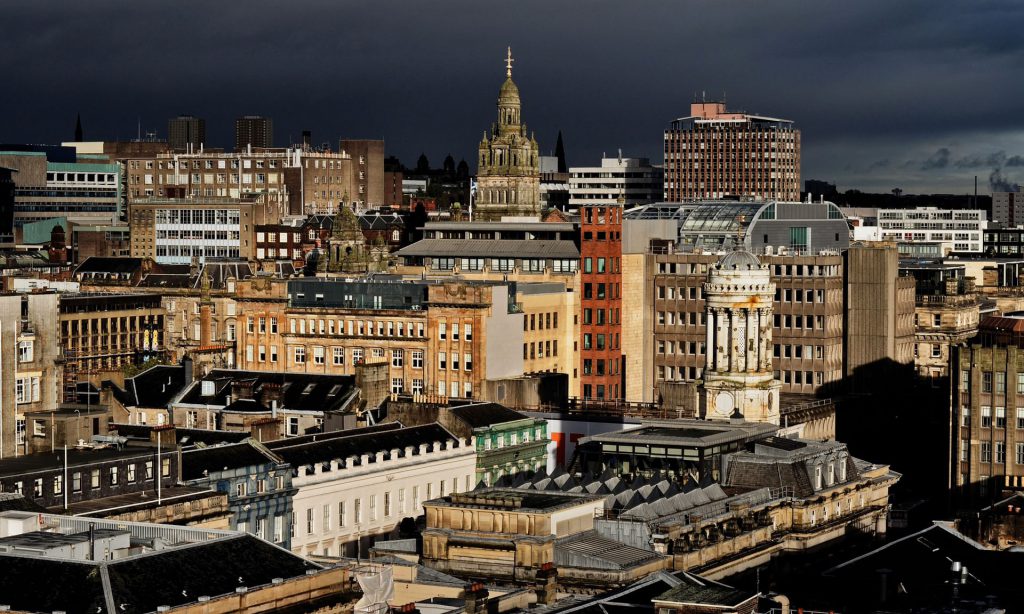 L Burke Files, an international financial investigator, said these company structures were “purposefully opaque”. Foreign criminals used Scottish limited partnerships, or SLPs, he said. In June the government announced SLPs would have to name their significant owners, or pay fines, amid evidence of growing fraud.

“No one suspects Scotland. It’s never been on the Financial Action Task Force(FATF) list of non-compliant countries,” Files said. “If you are going to launder money it’s probably best not to run it between Russia, Malta and the Cayman Islands. Does Scotland raise a red flag in your mind? No.”

All four British companies are named as payment channels in the Italian prosecution case against Volontè. They have since been dissolved.

The banking data shows that the Azerbaijani fund was used for a wide variety of purposes. More than $2.9bn went to companies, with about $50m paid out to individuals. Many beneficiaries were retail and service firms in western Europe. In all probability, they would have been unaware of the origins of the payments they were receiving.

Some of the 200 money transfers to the UK concerned education. In 2014 £89,800 was transferred to Queen Ethelburga’s Collegiate, a private boarding school in York. The school would not identify the pupil or pupils involved or comment.

There were payments to the tuition college Bellerbys and to the ICS international school in London. Bellerbys said it was investigating. The data suggests there were a number of relatively modest bursaries to regime-connected Azerbaijani students studying in Britain, as well as rental deposits on upmarket London flats. Other purchases included designer dresses, luxury cars and legal fees. There is no suggestion the UK recipients should have known about the provenance of the money.

Azerbaijan’s ruling family is not directly named. But the evidence of a connection is overwhelming. Large sums come via the state-owned International Bank of Azerbaijan. This is the largest bank in an oil-wealthy country, and yet earlier this summer it filed for bankruptcy protection in New York. The defence and emergency situations ministries in Baku all chip in cash.

The scheme was used to pay for the government’s incidental expenses including the medical bills of Yaqub Eyyubov, Azerbaijan’s first deputy prime minister. There were separate payments to Eyyubov’s son Emin, Azerbaijan’s EU ambassador, and to the president’s press secretary, Azer Gasimov.

Business partners of the US president, Donald Trump, in a project to build a luxury Trump Tower in Baku also appear in the Laundromat scheme.

The hotel’s local developer was Anar Mammadov, the billionaire son of Azerbaijan’s ex-transport minister Ziya Mammadov. At the time the scheme operated, the Mammadovs were one of the country’s most powerful and wealthy families. The Mammadovs’ Baghlan holding company is linked to Laundromat transactions.

In 2012 the Trump Organisation signed a deal with the Mammadovs to build a 33-floor, 130-metre-high “ultra-modern” skyscraper. In October 2014 Ivanka Trump toured Trump Tower Baku, posting photos of the unfinished building on her Instagram account. The hotel never opened. Trump has since cut his connection with the project. The Laundromat scheme does not link to Trump but raises questions about his choice of business partners.

It is not entirely clear where the money used in the scheme comes from. The Russian government paid $29.4m into the Laundromat via its main weapons company, Rosoboronexport. Several transactions link to another $20bn money-laundering scheme, which operated out of Moscow between 2010 and 2014. The scheme, the Global Laundromat, was exposed in March by the OCCRP, Novaya Gazeta and the Guardian.

A mysterious private firm in Baku, Baktelekom MMC, pays in more than $1.4bn. The firm is what fraud experts call a doppelganger entity. It sounds like the state telecoms firm with the same name but bears no relation to it. It doesn’t have a website. Its function is unclear. According to the OCCRP, Baktelekom MMC is linked to Mehriban Aliyeva. In January the company was let off a $17.4m tax bill.

The Danish bank Danske said it had not been good enough at monitoring suspicious transactions at its Estonian branch. The bank has since “tightened procedures and controls” and “terminated relationships” with some customers.

“We will not accept Danske being exploited for money laundering or other criminal purposes. We will do everything to prevent it from happening again,” it said.

Madis Reimand, the head of Estonia’s financial intelligence unit, said his office had come across the suspicious Azerbaijani cash flows in 2013 while analysing a separate case. “From there we followed the tracks,” he said. “We tried to cooperate with the source country in order to ascertain where the money came from. This, however, didn’t work out.”

Reimand said Estonia’s financial supervisory authority had identified what had gone wrong and taken steps to prevent similar fraud in the future.