Control of the Internet, “bugging” traffic and checking social networks is not news. The government in Azerbaijan has been doing this and doing it all the time. There is only one Internet provider in the country, through which communication with the outside world is carried out. In this situation, it’s very easy to control your people.

To not go to sites where the truth can tell. Many opposition sites in the country have long been no longer available. For example Meydan.tv (Azerbaijani Court Blocks Access to 5 Sites, Including Meydan TV ). I often post articles from this site so that those who can not read it, could learn the news through my blog.

Day.az reported that in Azerbaijan there are again problems with access to the Internet. According to another news site

A short outage of Internet was connected with the overloading of networks of a number of European transit operators, Delta Telecom (Azerbaijan’s main communications operator) told Trend.

What so special about this event? It looks like simple hardware failure! However, my personal opinion, supported by the fact that I have already heard this from a person working in Delta Telecom, is not a hardware error. The reason is simple, the MNB / KGB of the country is again installing new equipment for “wiretapping” the Internet. In such moments, the Internet is almost non-existent, the sites do not open, messengers are not working.

Just at this time, my friend wrote to me that my blog is not available. I checked on my side, everything worked fine. Means either my blog was also included in the list of banned web sites or not all channels were up and running after installing the “notorious” equipment. My friend often reads my blog, since I also post news from blocked opposition web sites. I sent some news to his email. A few days later I found out that my friend had been summoned to the prosecutor’s office!

I was stunned by this news! Literally during the the same day, I received a letter from him, where he briefly told me what he was asked about.

Where does he get access to articles banned in the country? Who sent him this news? Who is Constantine?

The best option was for him not to hide anything and he certainly told them that I send him this news by mail, and also that I have my own blog, where I also post the same information. My friend was released, but verbally warned that if he continues to contact me, it will turn into his misfortune.

As a result, he had to completely delete all contacts with me on social networks and erase all correspondence by e-mail. This event remembered me a note published by Alievsky zastenok blog Alexander Lapshin, who wrote how he was interrogated in the Baku prosecutor’s office.

I perfectly understand my friend. Unfortunately, I can not write his name since I do not want anything happened to him in Baku. He has a family, a son and a daughter, why should he face these problems? I also had to unfriend him on Facebook, delete all other contacts and wipe out emails, for “just in case” situation.

In Azerbaijan, people should not maintain relations with people of Armenian nationality. This is equated with betrayal of the motherland and terrible sin! However, at the same time, the president managed to speak to representatives of Europe with loud statements.

The President spoke about Azerbaijan’s active role in the fight against international terrorism. The President of Azerbaijan stressed that multiculturalism and secular values remain in our country. President Ilham Aliyev also noted that democracy and all freedoms are ensured in Azerbaijan. (day.az)

Curious. that all this happened after the sensational materials about the Azerbaijan “Landromate” were posted. That once again proves that the government in Baku will do everything to not allow its own people know the truth. It is not advantageous for them that the truth is easily accessible, and the threats to ordinary citizens for this government are simply mundane. It is also interesting that even if the site is blocked on the territory of Azerbaijan, then somehow surprisingly the “trolls” from Baku still manage to go to such sites and write all kinds of nastiness in the comments. Do not be surprised if this is a special department of the Ministry of National Security 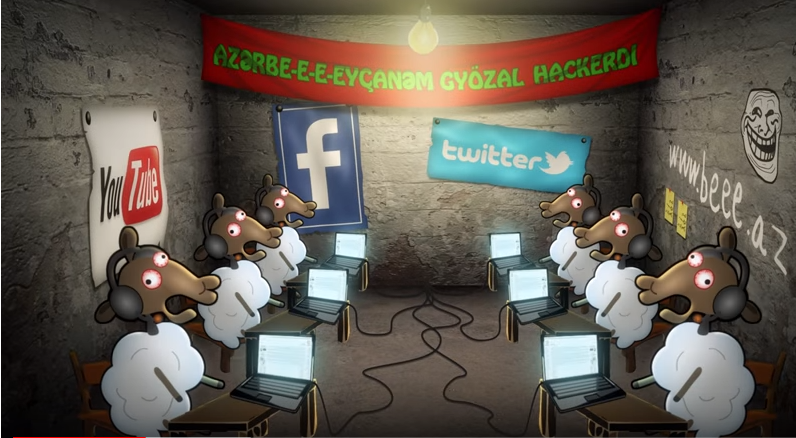